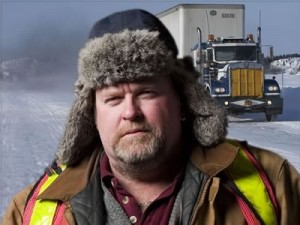 Professional truck drivers face some of the most challenging situations a working professional can face. The stress that amounts because of these challenges is the kind that many people are unequipped to deal with. Unlike in many businesses, truck drivers work alone. If something goes wrong or they are in need, a phone and a radio are the only connection they have to people they know who can support them. Therefore, truck drivers are forced to be fiercely independent workers, and the stress of isolation can lead many into unhealthy habits, such as addiction and substance abuse.

Alcoholism is one of the most common addictions that truck drivers face. Alcohol is used universally to reduce stress, but is also one of the most commonly abused substances for people who cannot limit themselves. It is very common for people to try to self medicate using alcohol and end up being far too dependent on it. Truck drivers largely have the sense not to abuse alcohol while they are driving (although some do not), but many turn to it at the end of shifts to wind down for the night.

Drug use is another addiction seen frequently among truck drivers. This addiction also applies primarily to off work hours, but some truckers abuse drugs on the job, creating a very dangerous situation for themselves and for everyone on the road. Many truckers come to a point where they cannot stand the silence and solitude of their truck cab any longer and begin experimenting with drugs to change their perception of things.

Sex addiction is the other most common outlet for addictive tendencies in truckers. The lonely time spent in the cab of the truck often leaves truckers sexually frustrated and seeking an outlet. Sadly, many of them turn to prostitution, pornography or promiscuity to ease sexual tension and become addicted to sex in doing so.

If you or someone close to you is a trucker in need of addiction treatment, seek help today. You should be aware that there are rehabilitation programs created specifically for people in trade jobs such as trucking. Programs are available that are suited entirely to your needs. 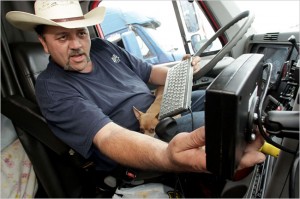 Professional truck drivers live a unique type of life that is not quite like the life of any other working professional. The trucking industry attracts a wide variety of people, some good and some bad, but the one thing they all have in common is how tough they are. Truck driving is not for the weak of heart. There are dangerous driving situations, rugged landscape and many hours of solitude that one must confront in order to be a successful truck driver. People often know fairly quickly if trucking works for them or if it does not.

The lifestyle of a trucker is one of the primary reasons the job calls for a unique individual. The position is almost entirely spent traveling in solitude. Constantly being on the road means a great deal of time is spent separated from the home and support system. This can become very mentally taxing on some people and it is one of the main reasons people move on from trucking jobs. One must be all right with pulling up their roots in order to be a successful truck driver. A person should also be naturally tough and brave to face the challenges of trucking.

The work conditions a person encounters as a truck driver require a strong, sturdy personality. On a good day, the worker will be confined to the cab of a truck alone for many hours at a time, sometimes as many as fourteen hours, and will bare the burden of operating a very large vehicle across the state or country. On a bad day, there could be inclement, winding roads, mechanical failures or traffic accidents that one has to take in stride on top of the daily challenges that exist for professional truckers.

Truck driving calls for workers of the highest standards, with a good work ethic, strong safety values, a mind for mechanics, an able body and strong mental health and stability. A number of people attempt a career in trucking and realize they are not cut out for it, so those who are a good match for it are very valuable to the industry. 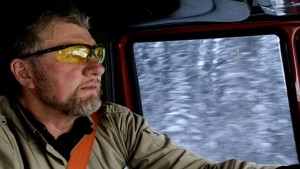 This is not to say that truck driving is without its benefits. Many truck drivers love the travel opportunities and the lure of the open road that the profession provides them. However, the negative elements of the job can push some to seek unhealthy stress outlets. The hours can be considerably longer than in other professions, and the mileage expectations can be heavy. The solitude and cab surroundings can also become very mentally taxing and make some feel stir crazy or imbalanced. The repetitive posture of driving can be hard on the body as well. Some truck driving positions also call for navigating dangerous conditions. Canadian winters can create deadly driving conditions, such as white outs and black ice, and regional trucking such as Fort McMurray jobs can demand operation of some of the biggest trucks on earth.

Many Canadian truckers turn to drugs and alcohol to cope with these negative job aspects. A majority of truck drivers have enough sense of responsibility to stay sober on the job, but there are some that become entrenched in addiction and make a habit out of using substances on the job, or simply make bad substance abuse judgments and decide to experiment with substances on the job. There have been instances of truckers causing major deadly accidents on Canadian highways and freeways while under the influence. Needless to say, it is vital that society connects truckers who are struggling with addiction and substance abuse to necessary treatment before lives are endangered, destroyed or ended.

Addiction treatment centers and residential rehabs are very familiar with the connection between difficult trade jobs and addiction. In fact, there are even programs that focus on addiction and substance abuse in trades such as trucking, with staff members who frequently come from the same lifestyle as the clients and represent the ability to fully recover. 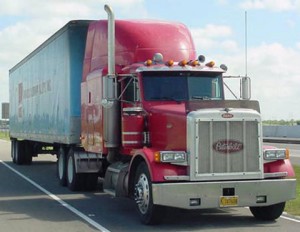 Professional truck driving in Canada is a noble profession, but it comes with a number of hardships that frequently push truck drivers into addiction or substance abuse. Whether it is a drug addiction in Winnipeg or an alcohol addiction Manitoba, truck driving and addiction do not mix. For example, due to long hours and days on the road, a truck driver can be separated from their homes and support systems for a long duration of time, which takes a toll on mental health and wellness. Or, frequently a truck driver will begin to feel stir crazy or anxious sitting in the cab of their truck for many hours on end. Either of these scenarios may push a truck driver to experiment with substances or behaviors that become addictive.

Truck drivers struggling with addiction can be dangerous to themselves and to other people while they are on the road. This is why it is imperative that addicted truck drivers seek treatment from a professional rehabilitation center without delay. There are a number of addiction treatment centers that are created specifically for Canadians working trade jobs such as trucking which demonstrate a high success rate.

A professional truck driver receiving addiction treatment can expect to encounter the best in professional rehabilitation services from a rehab that is tailored to their needs. They will receive a full detoxification if it is a substance they have become addicted to, complete with around-the-clock medical surveillance that will ensure their safety and comfort through withdrawals. Then, they will undergo intensive therapy, counseling and personal exercises that will help them understand the psychological source of their addiction so they can overcome it. Healthy meals will be prepared for them, exercise routines will be regular and recreational activities will be available to ensure the best in mental and physical health for recovering truck drivers. When treatment is complete, there will even be continuing treatment options, such as sober living arrangements, continuing counseling and access to support groups and sponsors.

Addiction is heavily challenging to break away from, but for professional truck drivers who are ready to take control of their lives and ensure their professional safety, hope is on the horizon.